HLH Instructors will have entry details, or they can be obtained nearer the event from HLH Head of Music Development: norman.bolton@highlifehighland.com 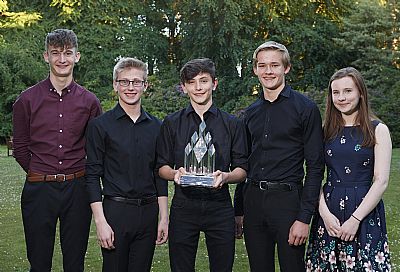 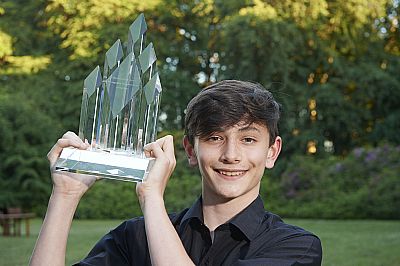 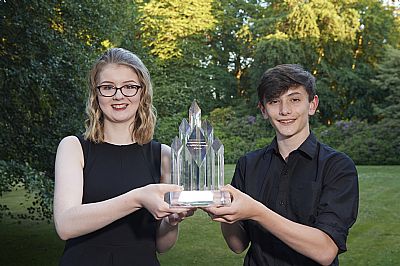 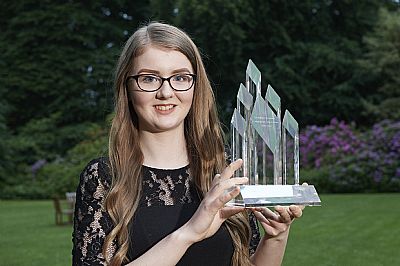 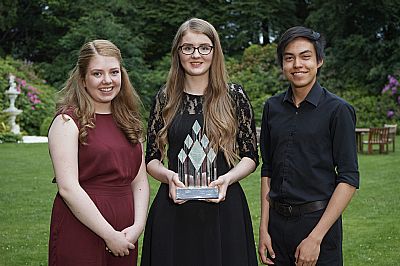 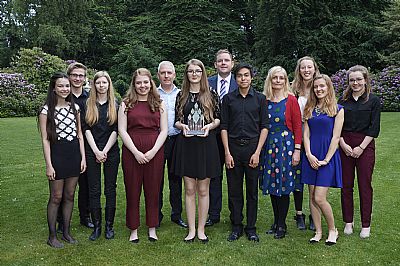 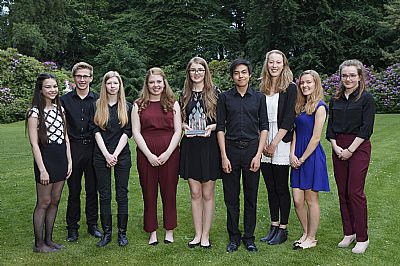 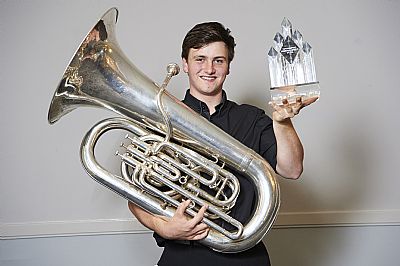 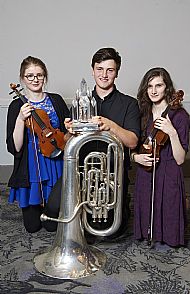 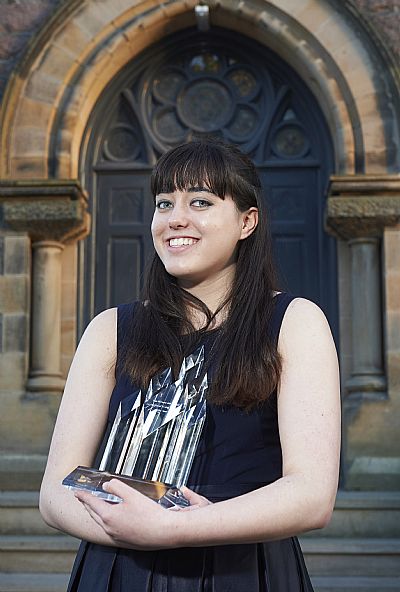 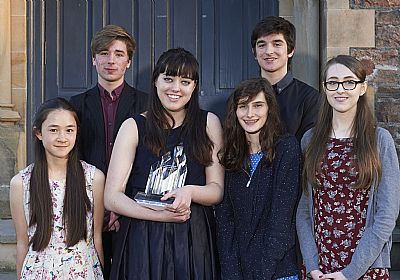 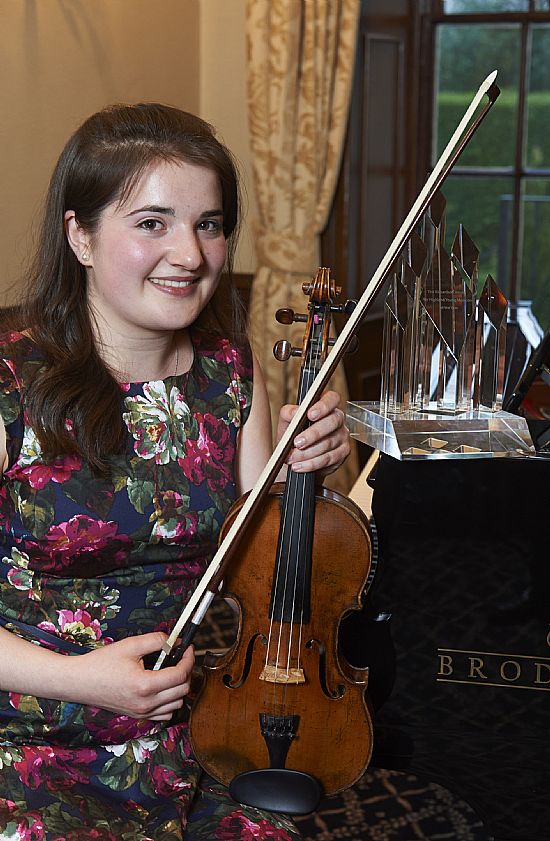 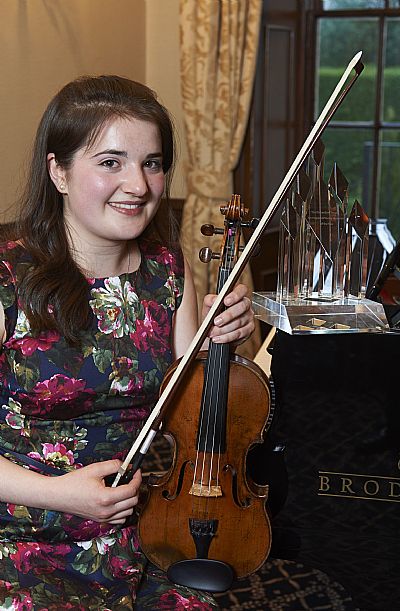 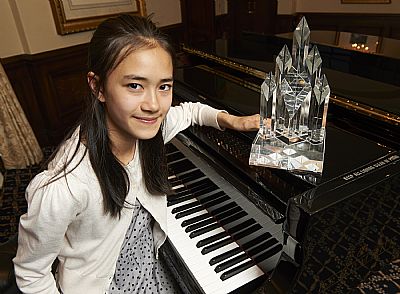 judges and winners, as Findlay Spence (2012 winner) presents Molly with the trophy 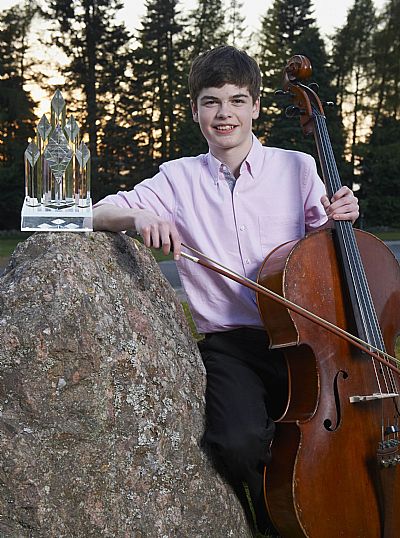 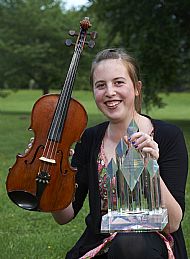 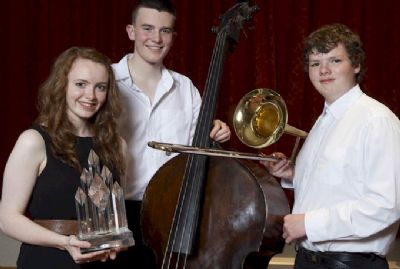 After a weekend of intensive rehearsals and performance, five of Highland’s most talented young musicians took part in the annual Highland Young Musician of the Year competition.  The judge’s decision awarded violinist Emma Donald from Dingwall Academy the top prize and Richardson Trophy for Musical Excellence with Millburn Academy’s Hector Waudby-West being placed as runner-up for his performance on the double bass.  The ‘Most Promising Talent’ award was given to Peter Thornton, a trombone playing pupil also from Dingwall Academy. 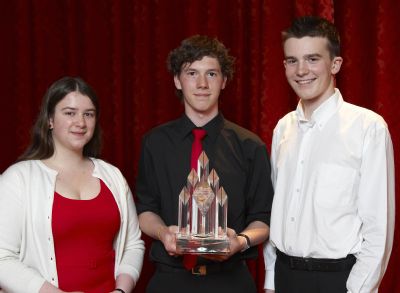 Each year as the Richardson Trophy for Musical Excellence is passed on to the new winner, an engraved quaich is presented for the previous years winner to keep. The Friends of Highland Young Musicans generously donate the quaich. 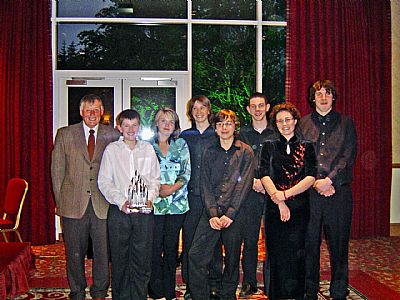